Now available as an audiobook! 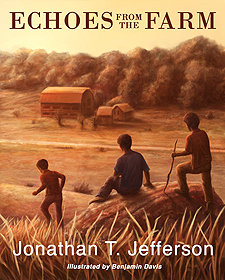 In the early 1970s, when author Dr. Jonathan T. Jefferson (a.k.a. "John-John") was a young child, his parents did something unprecedented for a working class African American family from Queens: They bought an old, dilapidated farmhouse in Upstate New York's dairy country as a summer home for them and their eight children. Initially fish out of water, over the next decade the Jefferson family became part of the landscape, the children eagerly anticipating those precious weeks of adventure in cow country.

Echoes from the Farm is Dr. Jefferson's way of sharing the childhood memories from those years that have guided his interests throughout adulthood. Through those memories, he also shares a special part of his family's love and the love that was shown to them in a unique place in the American tapestry. He would not trade his childhood farm experiences for anything in the world.

Journey with John-John as he reminisces about collecting apples for his mother's homemade apple sauce, jumping out of a barn window into piles of hay, and warring with one of his older brothers. Laugh heartily as you read about how one of his friends mistook a porcupine for a bear, the frogs' legs he collected for dinner, and his close encounter with the longest snake ever seen in North America. Enjoy the way his most vivid recollections are brought to life by wonderful illustrations. And be inspired to embark on your own adventure to build precious memories for you and your family. 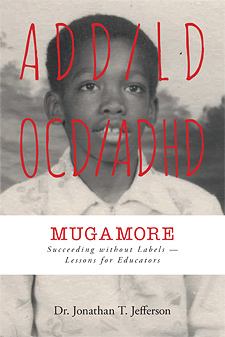 This book was developed to compare the real life educational experiences of an average child during the last generation in which the United States led the world in education to a real child's experiences today (when the United States is no longer in the top 20). The practice of labeling students with a disability has reached the status of a dangerous standard practice. Increasing demands for educational accountability will lead to more students being labeled and left behind.

Written from a unique in-depth child's point-of-view, this book is designed to trigger a paradigm shift from automatically labeling children to patiently allowing them to grow into themselves. The author compares common disabilities chapter-by-chapter in sync with the child's intentions (or lack thereof). This sharing of the educational lives of two children, coupled with peer reviewed literature and research, provides powerful motivation for change.

Listen to a Mugamore commercial